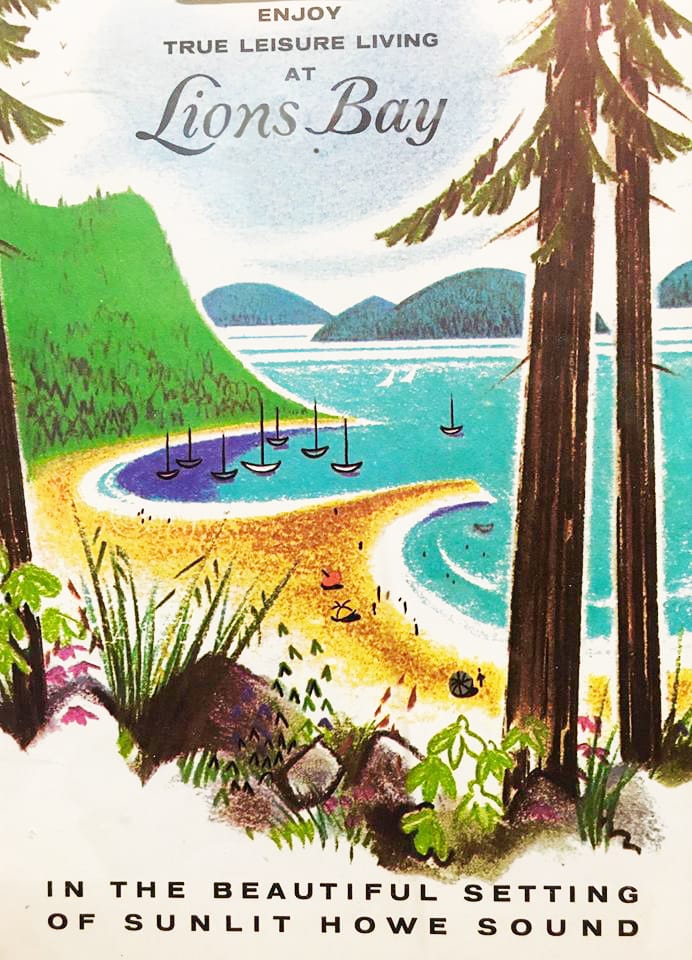 In the early 1800s the Sea to Sky corridor was known as the Pemberton Trail and was briefly used as a cattle trail that ended at Burrard Inlet. As separate entities, Brunswick Beach and Lions Bay were first surveyed in 1908 and the first home built in the region was at Brunswick Beach in 1911. Logging was important to both communities for many years.

Recreational possibilities saw the construction of "Norman's Lodge" on Brunswick Point in 1929, and the development of St Mark's Church Camp on the Lions Bay waterfront (now the Marina) during the Second World War era. The latter area (100 acres) was sold (1945) for development and soon summer cottages sprang up along the foreshore.

Access to the two young communities of Lions Bay and Brunswick Beach was by boat until the opening of the railway in 1954 and the highway in 1958, when permanent residents including families with children began to arrive. Homes "up the hill" from the earlier waterfront cottages were built, and people shared four-party telephone lines to the rest of the world. Many cottages have now given way to magnificent large homes.

The Lions Bay "government" changed in 1971 from Water Improvement District status to Village Municipality, with a Mayor and four Councilors. Development of Kelvin Grove began in the 1980s, and Brunswick Beach and Lions Bay became united in 1999. Currently there are about 530 homes in the joint communities, with very little vacant land (25-30 lots) available for further development within present boundaries.